You are here:
Skin Infections Shingles is a painful rash that is caused by the varicella zoster virus. It usually appears as a band or strip of blisters on one side of the body that goes from the spine around the front to the breastbone. However, the rash can also appear on the neck, nose and forehead.

Shingles derives from the same virus that causes chicken pox. After having chicken pox, the virus lies dormant in nerve tissue underneath the skin. Years later, and with no known reason, it reactivates and causes shingles. It is contagious and can easily pass through touching from one person to another. The virus develops into shingles for people who have had chicken pox and develops into chicken pox for those who have not had it. While  the virus appears most frequently among older adults (age 60+) and in people with compromised immune systems. Generally, a person only gets shingles once; it rarely recurs.

Symptoms for shingles include:

Some people never get a rash or blisters, but simply experience the pain.

Shingles is diagnosed based on a medical history and physical examination of the telltale rash. If you suspect you may have shingles, it is important to contact your doctor as quickly as possible. Early treatment can reduce the pain and severity of the episode. Two types of medications are prescribed to treat shingles:

Shingles usually heals in about 2 to 3 weeks without any problem. However, there is a small percentage of patients (10% to 15%), predominantly over age 50, who experience pain that lasts beyond one month after the healing period. This is called postherpetic neuralgia. Catching shingles early and beginning treatment can reduce the likelihood and severity of postherpetic neuralgia. See your dermatologist for pain relief.

The U.S. Food and Drug Administration has approved a vaccine, called Zostavax, for the prevention of adult shingles. It is approved for adults age 60 or older who have had chicken pox. Essentially, the vaccine delivers a booster dose of chicken pox. The vaccine has proven to be very effective in reducing the incidence of shingles and postherpetic neuralgia. 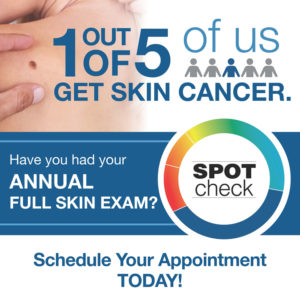